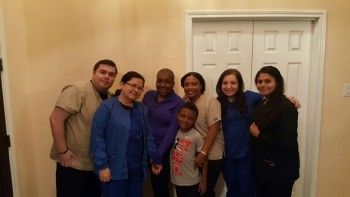 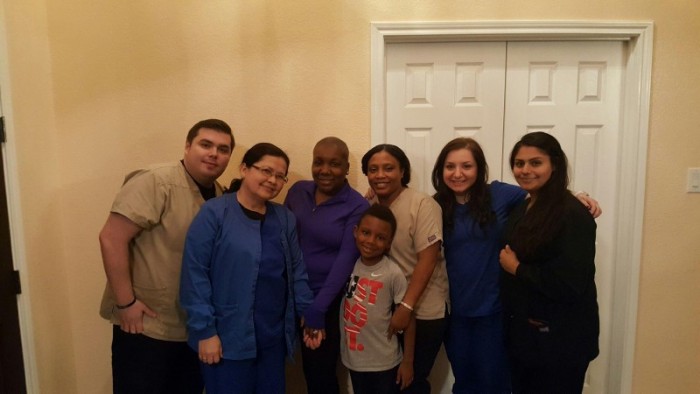 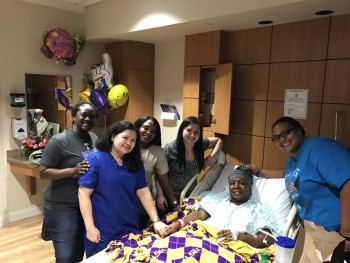 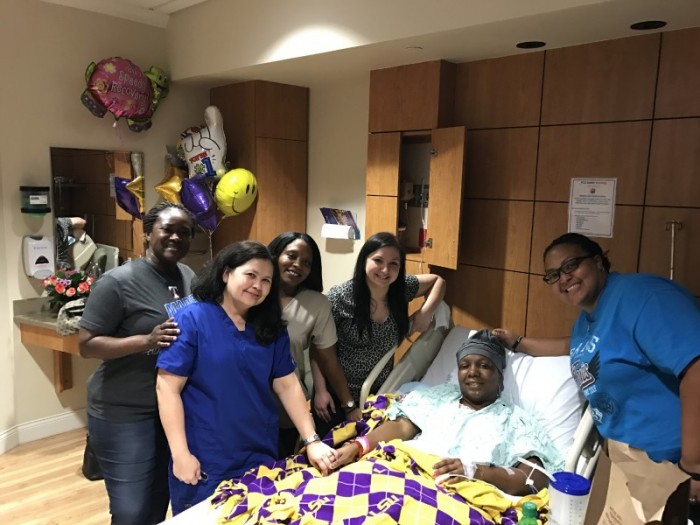 From battlefields in Iraq to soybean fields in Mississippi to the North Texas prairie. Tiffany Lowery's life journey includes variety and challenge. As a transportation coordinator in the U.S. Army for eight years, Tiffany Lowery served her country in both Operation Iraqi Freedom and Operation Iraqi Enduring Freedom.

Entering a New Battlefield
But now the 36-year-old native of Macon, Mississippi is fighting a different battle. In 2016, she was diagnosed with stage III invasive, ductal carcinoma—an aggressive breast cancer. She's winning her fight thanks to family support, a little bit of luck and the expertise of doctors and nurses at Texas Oncology.

"The care I received was exceptional," Tiffany says offering special praise for her oncologist, Dr. Sanjay Oommen. "He spent time with me and made sure I understood every step of my treatment plan. He told me what to expect and what I should do."

Following Her Instincts – A Life-Saving Decision

Months before her own diagnosis, Tiffany was immersed in the world of biopsies, scans and cancer specialists when doctors discovered her then 6-year-old son, Jaden, had lymphoma. The ordeal prompted the former soldier, who is now a registered nurse, to pay more attention to her own health.

"I just had a baby girl in May but, my husband, Charles, and I really let our health slide," she admits. "We needed check-ups."

During a visit to a family health center, Tiffany told a physician's assistant she wanted a screening mammogram.

"I had no symptoms. There was no lump and I was feeling fine, but something prompted me to ask about it," she says, remembering the fortuitous decision that saved her life.

A week after the initial screening, the doctor's office called to say dense breast tissue found on the x-ray required a diagnostic mammogram. The test results were not what the young mother of two expected.

"I was in disbelief," she says. "When my husband came home, he saw me crying. I told him I had breast cancer and we started from there."

Determining the Plan of Attack

The couple, who met in middle school and celebrated their 10th wedding anniversary in August, considered moving back to their hometown and close to extended family. But Tiffany's former employer—a general surgeon in Mississippi —advised against relocating.

"He told me to stay in Texas because I'd get better care here," she adds. "I'm lucky to have friends who are doctors and wanted to take care of me."

Dr. Bart Pate, who works with Tiffany at the John Peter Smith family health center, set up an appointment for his co-worker with Dr. Anita Chow, a breast surgeon.

"He told me she's the one of the best breast surgeons in the DFW area," Tiffany says remembering how his confident words boosted her spirit. "I went to see Dr. Chow with my husband and mom, who came to Texas immediately. During the appointment, Dr. Chow set us down and explained everything."

After reviewing the case, Dr. Chow ordered another mammogram and MRI of the affected breast – which revealed a second tumor.

"I had another biopsy to make sure I wasn't battling two different types of cancer," Tiffany continues. "They determined it was the same cancer but very aggressive. Under the microscope, it was replicating at 95 percent. The usual is 25 percent."

After radiation was completed, six months of oral chemotherapy was recommended.

"Dr. Oommen told me, before we started, that he was going to hit me with the maximum dosage of everything because of how aggressive the cancer was," Tiffany says.
Because her cancer is estrogen positive, doctors also advised surgeries to remove the uterus and ovaries as a preventive measure. Recent blood work was negative for cancer.

"I lost my hair but was able to work through my chemotherapy treatments," says the healthcare worker who cut back her hours just slightly because of fatigue. "It's hard having this (cancer) and being a nurse because I'm used to taking care of other people. During this process, I had to sit back and let other people take care of me."

Support provided by the Joan Katz Breast Center at Baylor All Saints Medical Center gave her emotional encouragement, information and directed her to other resources.

"Someone from Texas Oncology called me after every treatment," Tiffany says describing the staff's care and concern. "Dr. Oommen made sure I got chemo on the days he was at the clinic so everything went okay and there were no problems."

Tiffany credits her family and oncologist for pulling her through some of the tough physical and psychological moments that came after her diagnosis. Well on her road to recovery, she now sees Dr. Oommen every three months.

"I can't say enough about him. I remember him telling me, 'I'm not God, but I want you to live a healthy life and I'm going to do as much as I can to make sure that happens for you,'" says the soldier-turned-survivor. "He was going to do his best to make sure the cancer doesn't come back and I believe him."

Reflecting On the Journey

Looking back, Tiffany is grateful she followed through with the impulse to get a mammogram before age 40. Several members of her breast cancer support group are also young patients.

"People say only older women get breast cancer, but that's not true," she insists. "It's not an age thing. I've made many friends and at least four of them were diagnosed before 36."

The new advocate for breast cancer awareness advises others to schedule a baseline mammogram especially if there is a family history or they suspect something unusual.

And if a cancer diagnosis is made, her advice is: Don't give up!

"Depend on your faith and the people around you to help. Build a support system," Tiffany recommends. "Remember you are not alone. There are many women surviving breast cancer."